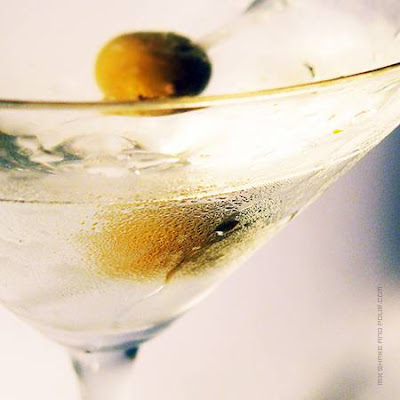 The blog chain has swung my way once again and this time Michelle H. asked the question.

If you could dine with any author, and I do mean any whether alive or dead (yes, we're going into the realms of time travel - but hey, we have science fiction writers on this chain so we can always ask for them to write up the time machine specs), who would you want to dine with? And if you can ask them for advice on one writing element you feel you might be struggling at, what would it be?

The first thing I knew when I read this question was, of course, I was going with a dead author. There's really no contest here. Call your friends and tell them you had dinner with JK Rowling. They'll be impressed. A little jealous. But tell them you had dinner with Jane Austen... in that case, well in that case they'll probably think you've lost the little bit you have left of your mind. However, if there was some way to prove that you are not insane, then they will be totally and completely amazed. It's not just anyone who can raise the literary dead, and have dinner with them.

As for specifically which dead author I would choose, well, I honestly think several would be more fun. Make it a party, you know? I've already mentioned Austen, so she would definitely be on the invite list. Georgette Heyer, the Bronte sisters, Sylvia Plath, Louisa May Alcott, LM Montgomery, Francis Hodgson Burnett, Betty Smith - and there would be men too. Shakespeare, Salinger, Mark Twain, Hemingway, Oscar Wilde, Lord Byron, and really any other dead author who wants to take break from the grave for a night would be welcome.

Of course, you might have guessed from my picture at the top that I'm defining the term "dine" a little loosely. In fact, my first thought was booze cruise. You know Hemingway would totally be down with that.

And I'm not just thinking liquor because after years in the grave someone would probably prefer a good stiff drink to a fancy french dinner, but also because I want more than writing advice. I want the dirt. I want gossip. And lots of it. It's a weakness, I know, but I just love hearing those behind the scenes stories of feuds, fights, and long-held grudges. And a little author-to-author trash talking would be pretty fun as well.

So, there's my answer. Want to know how the rest of the chain answered? Shannon posted her answer before mine, and Sandra will be next.
Posted by Kate Karyus Quinn at 4:49 PM 8 comments:

K.M. Weiland, from the blog Wordplay, is here today with an awesome guest post concerning a very awful problem - writer's block. Keep reading to find out six simple ways to overcome it, and don't forget to also check out her CD - Conquering Writer's Block and Summoning Inspiration. 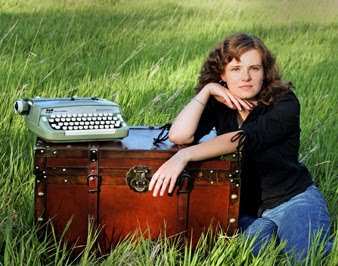 Writer’s block is that hairy beast that lurks beneath every writer’s desk, growling ominously, and threatening to steal our joy at any moment of any given day. Right?

Actually, as I discuss in my recently released CD Conquering Writer’s Block and Summoning Inspiration (http://www.kmweiland.com/books_CWBASI.php), writer’s block is only a monster when we let it become one. The surest way to best this beast is to send him packing before he ever gets a toehold in that lair under your desk (you can find lots of prevention techniques on the CD). But what happens on those occasions when he gets the best of us and stakes out his territory right in the middle of our latest manuscript? Following are a handful of surefire writer’s block busters:

1) Just start typing. Writer’s block feeds off our inertia. If our fingers are moving—even if all they’re creating is dreck—we’re one step closer to winning the battle.

2) Grab a book off your shelf, open it to a random page, select a random line, and use that as the next line in your story. You may have to change it later to avoid plagiarism, but for now just focus on getting your creativity jumpstarted.

3) Write yourself a letter. Pretend you’re a bestselling author who knows all the tricks of the trade. Now write this super-writer persona a letter, explaining all the problems that are keeping you from moving forward in your work-in-progress. That, by itself, may be enough to get you thinking logically about your plot holes. If not, switch roles and have Super Writer respond with an encouraging letter of his own.

4) Throw in a plot twist. Kill off a character, introduce a wormhole, reveal a secret identity. Even it makes no sense in the story, just let your hair down and start writing something deliciously unexpected. An object in motion in much more likely to stay in motion—and you may come up with a killer new idea.

5) Take a break. Sometimes writer’s block is just burnout in disguise. Our creative brains are like rubber bands: they can only stretch so far. Instead of obsessing over what you’re not writing, give your imagination permission to go on vacation. You may be surprised with what your subconscious comes up with when you’re not paying attention.

6) Give yourself permission to break the rules. Sometimes our obsession with crossing every T and dotting every I can knot us up into nervous wrecks of perfectionism. Forget all those rules that tell you to show and not tell, to avoid lengthy descriptions, or to forego info dumps. This is the first draft; all that matters is getting those words down on paper. You can perfect them later.

The cures for writer’s block are as multitudinous as the malady itself. Just remember that you don’t have to succumb to this foul-breathed dragon. He’s just a pitiful little lizard next to the awesome fury of your fingers pounding away at a story. Keep writer’s block in perspective, and he’s not likely to bother you! 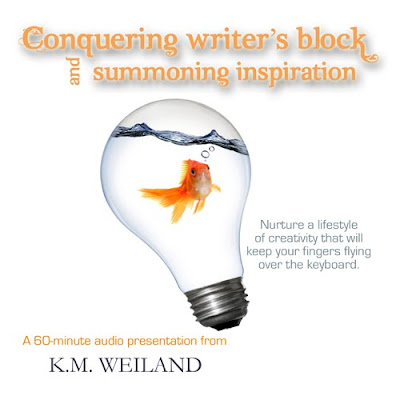 K.M. Weiland writes historical and speculative fiction from her home in the sandhills of western Nebraska. She enjoys mentoring other authors through her writing tips, editing services, workshops, and her recently released instructional CD Conquering Writer’s Block and Summoning Inspiration.

Posted by Kate Karyus Quinn at 7:00 AM 7 comments: