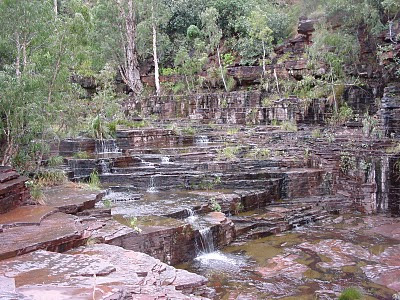 Christine provided the question for our latest round of the blog chain and here it is:

“Which author or authors have most influenced your writing and how?”

I've been thinking about how to answer this question for several days now, and to be honest I was having some trouble with it. Instead of having the names of authors, and titles of different books floating around inside my skull there was this:

If you were a teenager in the 90's then surely you must at this point be - if not singing, then at least humming along - to Soul Asylum's hit song "Runaway Train". To say that I loved this song (actually the whole cassette - yes, I was slow to jump on the whole CD bandwagon - was in constant rotation along with Stone Temple Pilots and 4 Non Blondes) would be a misstating the case entirely. To say that this song expressed all of my teen angst in a sing-alongable format would be much more accurate and to the point.

Of course, having just turned 31, my teen angst years are pretty far behind me and it's been well over a decade since I've even seen that Soul Asylum cassette. However, a few weeks back I was listening to one of those "the best of the 80's, 90s, and today" radio stations and guess what song they started playing?

Thank goodness my children are not yet old enough to understand that their mother is a terribly painfully horribly embarrassing person, because I sang along with that song and every word came right back to me from where ever they had been hiding out in some far recesses of my brain for all of these years.

I know, I know - what does this have to do with books? Or the question? Or anything at all?

Usually I recall something though - my brain isn't entirely made of mush - and some essential detail would stick with me.

Like the book where the girl joined a band and she had this tense relationship with the main guy in the group and he made her shave her head and then she destroyed his toy train while on stage and while out of context those details make absolutely no sense at all, I remember really loving this book.

I have tons of half-remembered books like this. And then there are all the series books - Sweet Valley High, Babysitter's Club, RL Stine. Or the authors like Beverly Cleary and Judy Blume where I ripped through every book they had written. And then I got older and tore through every Mary Higgins Clark, Judith Krantz, and Sidney Sheldon on my Grandma's shelves. Then there was the required reading in high school and college and all the books I've read as an adult.

If you took all those books together it would kind of be like that picture at the top of this post. Layers of rock, all smooshed together so tightly that they all blend together. And I am constantly reading (Still mostly thanks to the public library system. Love you libraries!) and adding more layers. It's easiest for me to remember the books that make up those top layers, but the ones forming those bedrock layers are still important because even though they may be mostly forgotten, who knows when some small detail might come at me out of nowhere - just like a runaway train.

And now that I've brought this train full circle, I think it's time to hand things off to the rest of the blog chain. So make sure to check out Laura's post from yesterday and then tomorrow find out what authors have influenced Shaun.
Posted by Kate Karyus Quinn at 2:20 PM 16 comments: 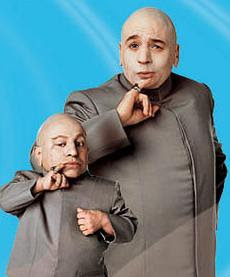 Our blog chain topic for today started with Sandra who asked:

Have you ever created a character different from yourself in some significant way, such as (but not limited to) different gender, race, ethnic group, religion, or sexual orientation? If so, what, if any, research did you do to portray these differences? Was this character a main character, secondary character, or walk-on? Did these differences have an impact on the story?

I am towards the end of the chain this time around, and WOW there have been some really good responses from some of my fellow chain bloggers (you can easily read them all by starting with the link to Sandra's blog above and then just following the links straight through from one to the next). Mostly I am impressed by how fearless so many writers are in tackling characters who are completely difference from themselves - difference sex, nationality, race - they have done it all. In fact, one of the two themes that's been repeated is: be brave. The other main idea that I picked up on, was to also be true to the characters in your head by listening to them and letting them be whoever or whatever they are.

Yeah, I know, it kind of sounds like the same advice your mom gave you in junior high, and you were all like, "Yeah, okay whatever, Mom. Now buy me the same shoes that everyone else wears so I don't look like a freak." Of course, I usually didn't get the shoes. And even when I did get the shoes, I didn't have the equally essential fifty dollar sweatshirt from The Limited (Yes, I specifically remember this item of clothing. Actually, it was a whole line of sweatshirts, that if I recall correctly, had a sort of Graffiti-esque type writing across the front done in a Golden Girls color palate. Seriously, what pre-teen girl wouldn't want that sweatshirt? It would have looked totally rocking with my red glasses. Alas, as one of five kids that was a bit out of our budget, but my older sister had a friend who was an only childhood and she owned a whole pile of them. We thought she was the luckiest person on the planet - not counting my older sister's other friend who was also an only child and her mother packed her the BEST lunches ever. Like slices of cheesecake for dessert kind of lunches. Meanwhile we got the generic version of Oreos.) to complete the outfit so it didn't look quite right anyway.

Long tangent. I know. Except it's not a tangent. Really, I swear, I'm not using my blog for public therapy sessions. Okay, maybe I am a little bit - but that doesn't change the fact that I also actually have a point here, and I am getting to it right now.

POINT: The characters I write don't necessarily look like me, act like me, or live like me - but at their core they are created from my experiences and in some essential way reflect my point of view and the way I see the world.

In other words they are underdogs, screw-ups, and dreamers. They might not always win, but they put up a good fight. And yes, sometimes they have terrible fashion sense.

What about you - when you write do you like to create mini-me's or do you try to break the mold?

Make sure to check out the post before mine from Shannon - one of our new blog chain members. And tomorrow Amanda will be finishing up this topic!
Posted by Kate Karyus Quinn at 2:19 PM 12 comments: