All Joy No Fun 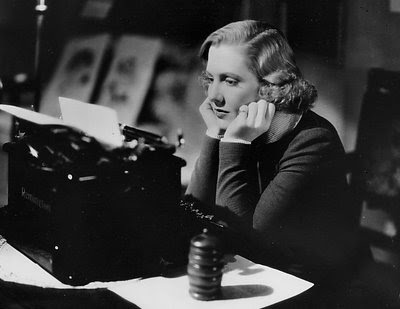 The blog chain has swung it's way back around to me once more. This time Eric started things off with this question:

What do you find to be the most challenging aspect of being a writer? What is your greatest reward from writing?

The most challenging aspect? Singular? As in I can only pick one thing? If this was a multiple choice question instead of essay, I wouldn't even have to look at the options. It doesn't matter if it's listed with

Oh, I could go on and one and on. An multiple choice that goes through the entire alphabet until we get to Y. and Z. Those would be the ultimate multiple choice options of:

And right there. Z. That's me. I'd fill that little scantron circle in so hard that the lead on my number two pencil would snap.

Okay, yes, that sounds a little - or maybe a LOT - negative. But it isn't, not really. Because challenges aren't always bad. Nothing about writing comes easy, but maybe that's part of the reason why I keep doing it.

I think my attitude towards writing is best summed up by a recent article from New York Magainze. It was entitled: ALL FUN, NO JOY. The article isn't actually about writing, but rather about parenting. The subtitle is: Why Parents Hate Parenting. Still, I could easily change the headline to: Why Writers Hate Writing.

The article discusses the studies that have been done showing that couples without children are happier than those with children. There is a lot of talk in the article about the nature of parenting, the inherent difficulties, etc. However, what I really found compelling was when it questioned what happiness really is. Data for these studies was gathered by asking parents on a moment by moment basis throughout their day if they were at that exact moment happy.

Now I think almost anyone can imagine the reaction to being asked if they are happy while in the midst of - changing a diaper, or handling a tantrum, or telling a child for the 5 thousandth time to please pet the dog gently, or one of the other endless not super fun tasks of parenting. I can only imagine the harried parents being interviewed screeching back, "AM I HAPPY!?!?! AM I HAPPY!??!"

And yet despite this apparent lack of happiness, people say if they could do it again - they'd still have that one - or even multiple - children. The author of the article argues that maybe happiness is more than something we feel on a moment by moment basis. That perhaps there is a deeper happiness that comes from having having a purpose and being rewarded by working towards something - whether that something be raising a happy healthy person, or writing a brilliant book. In this odd way the challenges that make us miserable in the moment may actually make us happier in the end.

So, to sum things up. Writing, being a writer, that is my greatest challenge. And it is also my greatest reward.

What about you? Is writing a challenge? A reward? Or something else?

And to keep up with this chain you can find Shannon's entry before mine and Amanda's tomorrow.
Posted by Kate Karyus Quinn at 2:24 PM 10 comments: 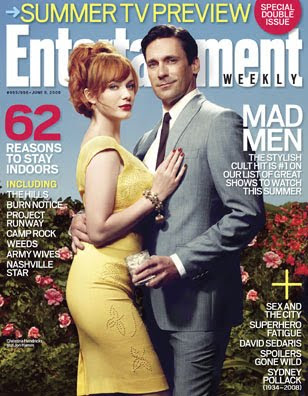 Cole came up with the question for out latest round on the blog chain and it is:

Are you querying? Gearing up to go on submission? Writing? Revising? I'd love to hear what's new with you. And if you'd like to share a snippit of your WIP, even better!


Oh, you mean besides watching Mad Men, Friday Night Lights, Burn Notice and... *ahem* - perhaps just once in a while if it happens to be on and I happen to be near the television - an episode or two of Wipeout?

Oh wait, that's right - there is more to summer than watching TV, cursing the endlessly hot and humid weather, and attending weddings.

So what have I been doing writing-wise?

Well, I've been querying. Last year at about this same time I started querying my urban fantasy, Between the Devil and the Deep Blue Sea. After getting some revision notes from an agent, I revised. Then I got even more revision notes and I revised again. Suddenly, it was May. Revisions were done, but I wasn't quite ready to jump back into that query pool yet.

However, in the last month something changed - maybe it was Wipeout that inspired - or should I say motivated - me?

So anyway, I am querying. But I have also been writing, because when you are querying you are supposed to start working on something new. And because I have had this idea - for a YA urban fantasy where a girl goes missing and after a year is found again but she has no memory of who she is or what happened to her - rolling around in my head for a long time now, and I needed to finally get it down on paper. Mostly though I have been writing because after a while I get sick of hitting the refresh button my email inbox.

I am tentatively titling my WIP Immortally Wounded. I'm just shy of the 10K mark so it's still pretty early, but here is a little snippet from the little that I have written so far.

The mom insisted on calling my memory loss amnesia. As if I were a character in a freaking soap opera. She thought I just needed the right trigger to snap me out of it.

It started with a picture quiz. I correctly identified the Gerber baby, but couldn’t place my own baby picture.

It got worse from there.

Ronald McDonald – yes. The clown from my fourth birthday party – no.

I easily named every character from Friends. My own best friend – “Such a nice girl,” the mom told me as if this telling detail might jog my memory – no recognition at all.

In the animal kingdom category I got Kermit the Frog, Lassie, and Dumbo all correct. But Here Kitty Kitty, the rather cumbersome name that I apparently gave my own dear cat at the age of five, didn’t come close to my guess of Snowball.

This game officially ended when I incorrectly identified a woman with iron gray curls and a closed lipped smile as Queen Elizabeth. Turns out that one was my Nana.

I was trying. Can I say that in my defense? The mom is a really nice lady. And she was trying to be really upbeat, chirpy even, but with every wrong answer on the picture quiz she’d deflate just a little bit. She tried to cover it. She’d pat my hand and tell me it was okay. She was always touching me – patting, rubbing, squeezing my hand, arm, or leg. And that’s when she wasn’t hugging me. That was okay too though. She was a good hugger. As soon as her arms wrapped around me there was that sensation like everything was going to be okay. This was the one thing that we had most in common – we both really wanted everything to be okay.

And that's it from me. Make sure to check out Shannon's post from yesterday and tomorrow you can find out what Amanda is up to.
Posted by Kate Karyus Quinn at 3:33 PM 13 comments: