The Show Must Go On Teaser and First Chapter 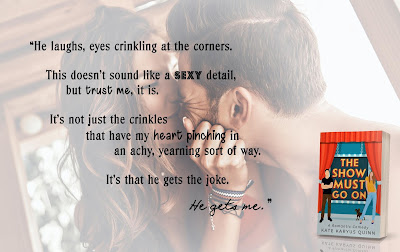 I am so excited to share THE SHOW MUST GO ON that I can't wait until April 16th for everyone to get a look at it. That's why I'm sharing the first chapter right here! If you want an even longer sneak peak (chapters 1-3!) then CLICK HERE to join my newsletter and get instant access to a download.

THE SHOW MUST GO ON is also available for pre-order on Amazon.

“Let Me Entertain You” –Gypsy